It's August, the hottest time of year in the American Midwest.

It's the time of year I'd always equally dread and anxiously await. I was always ready to go back to school, whether it was elementary school or graduate school. The crispness of fall, the excitement of new beginnings, summer two-a-days for high school volleyball. August was a time of expectation.

And heat. August has always been a time of heat. 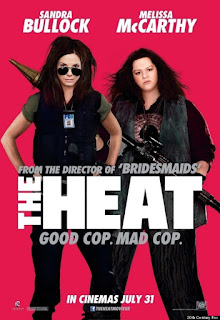 It's 90+ degrees in Minnesota today, and after six months of winter, we are finally too hot. I'm looking longingly at my jeans, leggings and sweatshirts. I'm tired of shaving my legs and reapplying deodorant and navigating around cars parked up and down my street for people to go to the lake and the farmer's market.

Some people here escape Up North, to camp or to the cabin, but I'm going the opposite direction.

This weekend I'll head back to the broiler of America: Southern California.

I spent a summer 6-8 months pregnant in Las Vegas and another summer 7-9 months pregnant in Orange County, and I think it's the hottest I've ever been. My husband, Ben, said Vegas is like opening your car door and having a blow dryer blasting hot air in your face.

When I was pregnant in Orange County my body retained so much water I lost nearly 30 pounds upon delivery.

Our a/c in our two-year-old house in North Orange County was so taxed by the heat that one circuit repeatedly tripped every afternoon; conveniently it was the circuit that controlled our Wifi router.

The world is getting hotter. 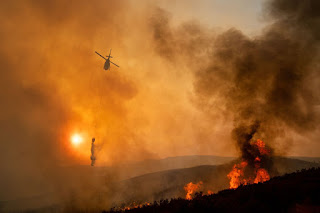 My friends in California have been writing about the wildfires. They write about the smell and sight of smoke; they give thanks that they've been safe, but the fear is always there, with the heat.

Some moms I knew in Orange County were married to firefighters, and they'd send them away to battle valiantly against the heat, not knowing how dangerous it could be that day, how close the unbeatable flames would come to disaster.

Four firefighters have died in California already this year, more than in all of 2017.

We are all beginning to pay the price, large and small, for our overheated planet. 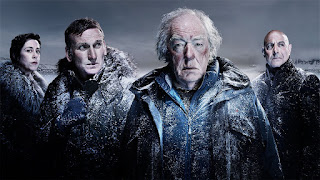 A few months ago my husband and I got sucked into watching the British Sci-Fi show Fortitude, set in a tiny Norwegian town north of the Arctic Circle in Norway. The temperature there had warmed just enough to release deadly wasps from long-dead mammoth carcasses, infecting the townspeople with murderous illness and driving everyone to paranoia, hatred and despair.

We don't have killer wasps or mammoth carcasses here, but I think the heat - the pressure of life - might be driving us to paranoia, hatred and despair.

It's not just in August. I think our world, our country, my generation: we're feeling the heat and the pressure of survival. Every mom, really every parent I talk to is overwhelmed. I talked to a local neighborhood Pastor who said their budget is tanking despite being situated in an affluent area.

"Everyone is house-poor. No one can afford their mortgage," she said.

For those older millennials fortunate enough to have bought a home, gotten married, had children if that was their desire; the pressure and the heat is on. It's not just the summer; the ordinary season of the year when time is supposed to slow down. Instead we seem to speed up all year long: outracing each other on social media and at work and at school and even at home.

Keep up! screams the trainer. 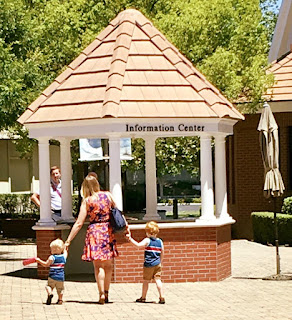 As I said I'll be heading into the heat this weekend, on a long-awaited book research trip to my former home of Orange County, CA. In reality it won't be much hotter, and it will probably be much less humid, than it is here in Minnesota.

The truth is that young women today have so many more choices than our mothers or grandmothers did, and ideally those choices were meant to make life better, and I think they do. But they also turn up the heat; the pressure to prove or decide that the choices you've made were the right ones.

I've made plenty of my own life-changing choices: to graduate college early, to leave sports journalism, to attend seminary, to leave Chicago, to have children early in my marriage and career; most recently, to leave stability and job security in California.

Ben and I both had great jobs in California, and our kids had wonderful child care: Jake in the renowned church preschool, and Josh in a small home setting just a block from the church. We could pay our bills and even save lots of money each month, though affording to purchase a home seemed an unreachable goal in Orange County.

Still, our families were far away. Ben commuted two hours each day. Our lives got faster and faster and the heat was high to keep pace in a fast-moving Southern California economy. We had what we'd always dreamed of, but we missed being close to our parents and extended family in the Midwest; we were worried about affording a home with access to a quality public school education when Jake started Kindergarten, and I dreamed of a chance to work part-time, spend more time with the kids, and work on expanding my freelance writing career, someday maybe even writing a book.

Since moving away from California in May 2017, we've reached all the goals we set for ourselves. I've found an interim part-time pastoral call at a wonderful church, even though it's been a long commute from our house, and it has looked different than I first anticipated, with unexpected pastoral staffing changes.

I actually got a book deal with a publisher and have been traveling all over the country, getting back to my beloved journalistic roots and interviewing people about their faith and their politics in all sorts of diverse settings.

Jake and Josh are home all the time and doing great, though Jake still has times when he misses his old preschool and friends.

We all have that mythical person, that pretend ideal of seeming perfection, to whom we try and catch up: who keeps us running faster and faster under the proverbial gun, while the sun beats down in late summer. And we sweat and fall behind.

Sometimes I talk to people and they seem to think I am a part of the pacesetters: that everything I'm doing seems so great and on top of things and powerful.

As I prepare to return to California I confront the potential life we left behind there, the relationships, the love, the steadiness of a full-time pastoral call, full-time child care, a new home without branches that continually fall on our house and garage in Midwest summer thunderstorms.

It is easy to say that was bad, and I made the right choice.

It is harder to say that was good, and yet I still made the right choice.

When I turn down the heat, in moments of deep prayer and contemplation, I am reminded that the Spirit's power is enough to quell even the hottest, highest pressure cooker.

I am reminded that a Yes almost always entails a consequential No, and for those of us raised in an era of endless choices and possibilities, that realization of limitation is sometimes difficult to swallow.

And yet it is true.

So in this late August sweltering sun, I know the only way to turn down the heat is to accept No as well as Yes: to live in the reality of enough, to let the clock slow down as it must in August before it speeds up again in the fall, and Jake starts Kindergarten and Josh starts preschool and I finish my manuscript.

And someday, some real day next sweltering summer 2019, there will be a book with my name on it.