The World is Exploding

The world is exploding, and everyone is afraid. 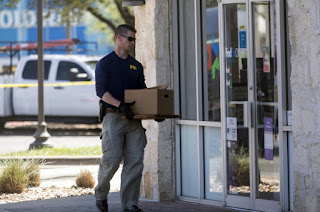 Austin's terrorization ended this morning, as serial bomber Mark Anthony Conditt exploded a bomb inside his vehicle before police officers closed in, killing himself.

Conditt was the third victim of his Texas bombing spree, one that injured several others as a city cowered in the face of unexplained terror, and six bombs exploded across the Lone Star State's capital city over a period of 19 days.

At first, police suggested the first victim, a black 39-year-old project manager, may have blown himself up.

Then, racist hatred was suggested, as 17-year-old black music student Draylen Mason died opening a package inside his home.

Later that day, a 75-year-old Hispanic woman was severely injured.

Next, a tripwire in upscale Travis County seriously injured two men in their early 20s.

Then, an explosion and a suspicious package at a FedEx facility in Southeast Austin. 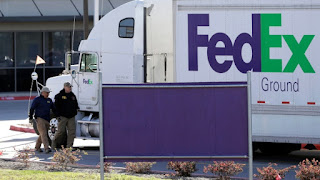 If you aren't afraid yet, just wait. Maybe it will be your child's school. Maybe that package of shoes and paper towels you've been waiting to ship from Amazon.

Maybe it's that upcoming doctor's appointment.

That unassuming peek at your spouse's text messages.

Heck, just turn on the news. Facebook has all your data, and so does the Russian government, and - likely - so do hackers all over the world.

Just a month ago, in the State of the Union address, President Donald Trump and Americans everywhere celebrated the near-end of the War on Terror, with the almost total destruction of ISIS.

Just when the War on Terror has finally ended, we are all feeling terrified. Only now, there's no convenient foreign "other" on which to pile our fear.

The rot has begun from within. 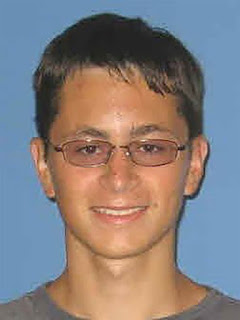 I have to be grateful this week for the heroes who protected us. In Maryland on Tuesday morning, School Resource Officer Blaine Gaskill confronted 17-year-old student Austin Wyatt Rollins, who was armed with a handgun and had just shot a male and a female student.

Gaskill and Rollins fired simultaneously. This time, the bad guy with a gun died. Rollins, the good guy with a gun, was fortunately unharmed, and could return home to his wife, Amber, who just last month on Facebook lamented the death of another Maryland police officer. 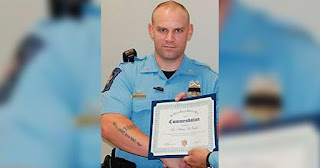 It seems that the more Americans deify the service members and officers among us, the more we ask of them and their families. Should so few suffer so much for so many? Or is there another answer to the terror among us?

It seems depressing that the only way to end the carnage of death, terror and death -- is more death. 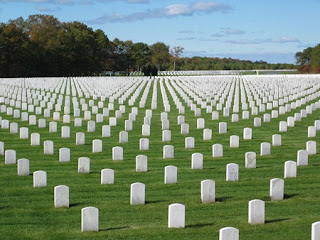 The hope of rehabilitation seems lost in America, as we envision killing drug dealers rather than treating drug addicts -- as we make divorce easier and staying married harder -- as we sentence convicted criminals to solitary confinement and ban literature from prisons.

If rehabilitation is impossible, how can we dare hope of resurrection?

Into this den of squalor comes the Christian celebration of Palm Sunday, the day of Jesus' triumphal entry into Jerusalem, as crowds fete him, lay their cloaks before him, and Jesus is crowned King of the Jews - riding in on a ... donkey?

Our current national state of affairs has more in common with 1st Century Jerusalem than we might imagine. See even as Jesus entered to cheers, others were jeering him behind closed doors.

And even as he seemed triumphant, his very entry was a mockery of that which human beings had chosen to make great. He rode in, you see, on a donkey. There would be no chariot for the king of kings, no armored car, no AR-15 and security guards or even, believe it or not, a resource officer.

There was only a King made powerful in weakness, and a Gospel of new life rising out of the ashes of our fear and death. 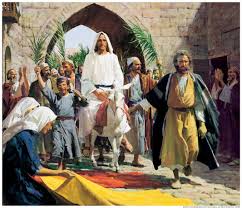