What I'm Reading this Week - and a Book Update

This week's blog I want to make a little more personal - share what I have coming up and also share what I've been reading lately.

As I’ve mentioned in the past , I think one of the best ways to become a better writer - and a better follower of Jesus - and possibly even a better human - is to read: read news, read literature, and be informed. I never lose sight of that, and so I want to use this space to promote not only my writing, but also to share what is influencing me this week.

WIRTW (What I'm Reading this Week)

#MeToo and the Sentencing of USA Gymnastics doctor Larry Nassar 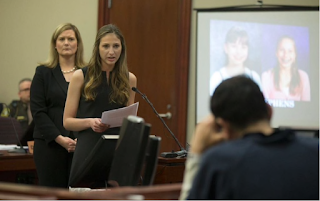 Headlines continue about #MeToo, #ChurchToo, and sexual abuse among powerful men. Last week I wrote about what it looks like when clergy sexual abuse is minimized and covered up by a congregation.  This week, stop reading the hand-wringing over #AzizAnsari - I did read a good piece here, shared from my friend Jennie about that - but what really impacted me this week was reading about the powerful accounts and witnesses from the sentencing trial of  former USA Gymnastics doctor Larry Nassar.

Abuse survivor confronts gymnastics doctor: ‘I have been coming for you for a long time’ from The Washington Post's Kyle Swenson

Abuse survivor Kyle Stephens, whose parents were colleagues and friends of Nassar's, is the sole non-medical case of abuse when it comes to Nassar. Instead, he assaulted her in her family home, beginning when she was in kindergarten. Her parents initially believed Nassar, and later on, Stephens was compelled to babysit for his children.

What moved me was the video of Stephens - who has endured not just abuse but the suicide of her father - and also video of former gymnast Jade Capua. Her quote is as follows:


I am no longer broken by you.
Every day I gain new strength and look in the mirror to see a strong, unbreakable person.

For me, Capua's words are why #MeToo matters. So many women have been forced to live in torment in the shadows for years, while their abusers have been honored and abetted and forgiven. If #MeToo gives justice to these survivors, and forces men like Nassar to confront their abuse and face retribution - then it will bring healing to our society and to our world - and bring new health to relationships and families everywhere.

There is surely a wider debate to be had on personal responsibility, cultural culpability, changing sexual norms and reclaiming female sexuality - but for the moment, can we give women like Capua, Stephens, Jules Woodson, and the millions who have come forward - a moment to be recognized and to reclaim their humanity and right to autonomy of their bodies and safety for their persons?

The Price of Athletics and the Ones who Bear It 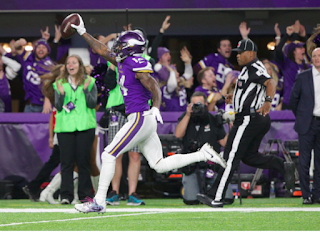 Another theme this week was the price paid by professional athletes, even ones who win great fame and great amounts of money - even in light of the #MiracleinMinneapolis. In my previous career as a sportswriter I wrote an article for Sports Illustrated  about the pressures facing college athletes, particularly in Division I men's football and basketball. I told the story of a Mizzou football player who was abandoned by the school after he was injured. Players tended to exploited for their ability to sell tickets. The lucky ones advanced to professional sports, but as the article below shows - it's not easy there, either.

We're just beginning to learn about the effects of CTE and concussions on the developing brains of young athletes. Couple that with a propensity for teams to over-prescribe painkillers and bring players back quicker from injury, and you've got a future recipe for challenges with depression, addiction and mental illness.

Here are two sports stories about the cost athletes pay I read this week: 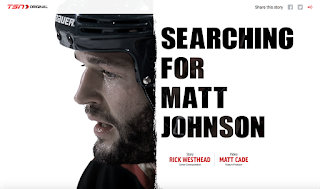 A great piece by TSN (Canada's) Ricky Westhead that tells the story of former NHL enforcer and fighter Matt Johnson, who is now living on the streets in Santa Monica, Calif. Starting in junior hockey as a teenager, Johnson would call home in tears about the pressure placed upon him as a young boy. His parents told him he could quit, but instead Johnson was drafted and began his NHL career for the Los Angeles Kings. His substance abuse grew as he was also prescribed painkillers for more than 100 career fights. For a time, he lived with superstar Wayne Gretzky during the offseason.

He went to rehab, was frequently drug tested - but also was able to swap clean urine for dirty in view of the NHL's testing agent, according to the article.

Finally, Johnson couldn't handle it anymore. He went home to his parents, where he'd wander the house in the evenings and sleep during the day. He left the family home in 2006, and has been occasionally spotted by former NHL teammates on the streets of Santa Monica, blending in with thousands of other people living outdoors, in a homelessness crisis for the city.

This piece gets at the heart of the conundrum of professional athletics. A few succeed. But many pay the price of the pressure and an environment that can offer easy access to temptation and addiction. 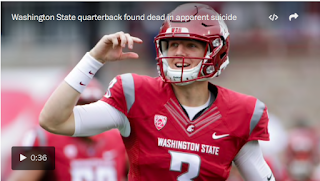 Another heartbreaking story of the price of star-studded high-profile athletics. Police are suspecting suicide in the death of Washington State quarterback Tyler Hilinski, who was expected to start for the Huskies next season.

Stories like these ones are why I'm hesitant to pile on with stories of "athletes behaving badly," or merely categorizing them as millionaires who are overpaid. The fact is, for many athletes - even those who make it big - the price they pay is much greater than the reward they earn.

Prejudice arises ... when we don't know each other 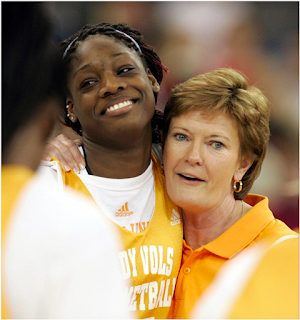 I'm paraphrasing from a beautiful article from sportswriter Sally Jenkins in the wake of the "sh*thole countries" scandal out of Washington. I didn't comment much on this article, because I don't necessarily have anything to say that hasn't already been said. And I can only be outraged about so many things at one time ...

But I did think Jenkins, in a beautiful way, described the dissonance and sadness people felt when hearing other countries - and maybe people from these countries - described in this way.

Jenkins did it beautifully. She told a story of one person and her mother: former Tennessee basketball player Nicky Anosike, and her mother, Ngozi, originally of Nigeria.

Jenkins says what Summitt and Anosike, mother and daughter, learned - was that they had more in common than they may have initially imagined. Nicky learned that Summitt actually admired her mother, who earned her nursing degree at age 40. Summitt called the elder Anosike a "strong woman," and the Tennessee team would often be compelled to run harder suicide sprints on Nicky's reminder that her mother - an African immigrant and single mother - was likely more tired than they'd ever be.

The article shows - it doesn't tell. It doesn't ridicule and it doesn't express faux outrage or superiority.

Speaking of being surprised by Jesus ... I was talking to a friend yesterday who co-owns a publishing company. She said there was a key question I needed to answer about my book.

I thought for awhile.

As many of you know, I've recently begun work on this book for Fortress Press' Theology for the People series. The working title is Red State Christians: Meet the Voters who elected Donald Trump.

In times such as ours, you merely say a political word and you see people - myself included - tensing up. Everyone is sort of on the defensive. Some people relish a good, heated political discussion - but I'm one of those who would rather remain quiet. I might consider writing later, but in the moment, I'd really rather we all just get along ...

I bring that up because tomorrow I'm headed into the heart of American politics: I leave tomorrow early morning for Washington, D.C. I haven't been there since we took a side trip from a high school church Habitat for Humanity Trip, so really I think it's been around 16 years ago.

I've always really loved D.C., but I'm nervous, too. I'm so grateful to have friends near and far who've helped me make some connections in the city and set up some interviews before I arrive. I'm also looking forward to experiencing the March for Life and speaking with Pro-Life Christians.

That said - I may also speak with a lot of people who have different political convictions than I do. In our country, I think that's all-too-rare a thing -- and when it does happen, it comes across sort of contrived, like when New York City journalists parachute into rural Kentucky to talk to hillbillies at a diner.

So I'm approaching this trip with an open heart, and open mind, and a desire for two things:

1) From a journalist's perspective: I've always loved meeting people and telling their stories. It's a gift God has given me, and I look forward to doing that again - to really spending time with unique people and figuring out a way to tell their story in an authentic and truthful way.

2) From a pastor's perspective: I can't help but approach all of this without the Gospel story playing constantly in the background. For each chapter I write, each interview I do - I pray that my words and my subject's words will be evaluated and judged only by the Gospel. I pray that I will be open to the ways Jesus will surprise me in writing this book, and I pray that my readers - both here and eventually of the book - will also be open to that same surprise. Jesus didn't want to live in an echo chamber, and neither do I.

Can I ask you something as I finish this blog today? If you've made it this far, you're clearly somewhat of a saint. So would you pray for me as I make this first trip? Will you pray that God will put people in my path who want to speak with grace, kindness and truthfulness? Will you pray that part of what God does in this book and in my writing will be to begin to heal wounds of division, hatred and anger? Will you pray that I do not lose my courage or my heart for Jesus, but that I hold fast always to the Word of God?

And ... will you pray for my three boys: my husband Ben and my sons Jacob and Josh?

I will miss them dearly the next four days. 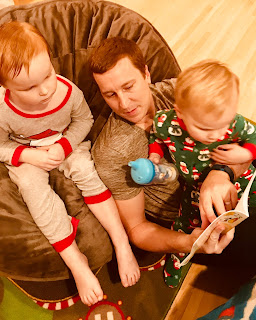