Women and People of Color, especially in sports, are changing American Christian Dialogue

"... women should be silent in the churches. For they are not permitted to speak, but should be subordinate, as the law also says," from the Apostle Paul's first letter to the Corinthians, Chapter 14, verse 34.

Rarely has any Bible verse promoted such suffering, abuse, pain and injustice as this one, found in a section of the Bible about speaking in tongues and prophecy, immediately following Paul's glorious exaltation of love in Chapter 13: Love is patient ... Love is kind.

Biblical scholars disagree about the origin of this verse, but most likely Paul was speaking to a particular group of female church leaders, perhaps some who had become overly enthusiastic speaking in tongues, interrupting his sermons as he preached to the sophisticated people of Corinth, and Paul was choosing to reign them in.

It's unlikely Paul himself knew the pain and agony this verse would wrought.

It's not, after all, in line with anything Jesus himself said or believed.

Nonetheless, popular American Christian culture has often chosen to elevate this one verse over almost many others in the Bible. It's not uncommon for women to be barred from church Boards of Elders, despite the fact that the majority of American churchgoers are women.

As a female pastor in a relatively progressive Lutheran denomination, I was told: "You can be my pastor, but you can't be my husband's pastor."

Generations of women being abused in their marriages were quoted this verse by pastors and priests.

It's a verse that has served to silence not only women but also people of color and anyone who dares to challenge the ruling class of white, conservative Christian Evangelical men.

Consider the case of Wheaton College, the Evangelical Harvard, where the college allegedly sent a letter to an abused football player, taunted with anti-Muslim slurs, duct-taped, and requiring multiple surgeries for his injuries. The college suggested the other players' account was "more credible" than the victim's, accusing him of not being "forthright." He chose to transfer rather than face further indignity; this after prior incidents of racism - parties with Confederate flags - involving the football team that the school has responded to with "prayer for all involved."

And so it goes. 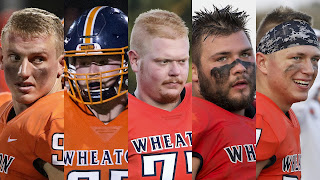 Much has been written recently about the collusion and collision of American Christianity and American sports. Both are big-money, high-profile entities in America, though they often compete for eyeballs and attention on Sunday mornings, with sports typically winning out.

For decades, Christianity in sports - and the military - was owned by a traditional, Evangelical, even Southern, Christianity. From the pregame prayer in the movie Rudy, administered by a Catholic priest, to the more modern traditions you can find on YouTube, prayer in sports has often been traditional, self-centered, and focused on the game at hand.

When I worked as a sports reporter in South Florida, Missouri and Minnesota, I covered countless high school football games. I got to know many coaches well, and I came to respect their commitment and dedication both to football and to their faith, seeing themselves as key mentors and role models in athletes' lives.

Once I decided to attend the popular Baptist football coach church in Southwest Florida: the theological breeding ground for faith in football. I'd never seen a church quite like it before. When I walked in, I was handed a voters' guide for the 2008 election. One choice: "Barrack Obama." We then commenced to pray for an end to abortion. I heard a whole lot of "Father God." I didn't hear a whole lot of Gospel - or the idea that Jesus' death on the Cross meant anything except the forgiveness of my individual sins, provided I approach the altar for baptism that morning and later give money to the church. 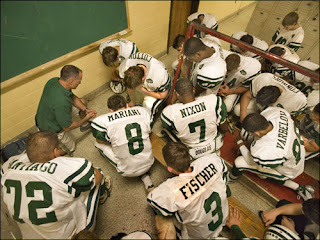 In the locker rooms and on the Twitter pages of professional and high-profile sports luminaries, there have been whisperings of another sort of Christianity: the revolutionary sort. It comes from another tradition altogether, the liberation Gospel founded among enslaved African Americans, carried along the Underground Railroad to freedom, sung in Swing Low, Sweet Chariot and Ev'ry Time I Feel the Spirit.

We saw it this weekend as NFL athletes and teams knelt before or during the National Anthem, a movement begun by confirmed Lutheran Christian and ostracized NFL quarterback Colin Kaepernick, who began his protest to lift up the cause of police brutality, at a time when unarmed African Americans are twice as likely to be killed by a police officer than unarmed white Americans.

Kaepernick's original reason for protest was lost in the ensuing debate, egged on by President Donald Trump, who suggested any player who kneeled was a "son of a b*tch," and owners should act quickly to fire kneeling players.

Was it OK for players to protest during the National Anthem?
Was it possible those protests were motivated by their Christian faith?

In the conservative Evangelical Christian world that once dominated athletics (see Tim Tebow or the majority of college and high school football coaches), the answer to both questions is clear: NO.

Evangelical leaders lined up behind Trump's comments, with Pastor Robert Jeffress of First Baptist Dallas saying NFL players who kneel are lucky they aren't "shot in the head."

But the gesture of kneeling itself, at home in Christian traditions dating back centuries, particularly at times of confession or communion, made the conversation a bit more complicated, as did the racial dynamic to the issue Kaepernick originally protested, police brutality directed at African Americans.

Now, a white American president known for racist remarks was telling primarily white NFL team owners to "fire" athletes, whose mothers were "b*tches." The parallel to slavery was hard to miss.

Despite their millions, professional black athletes are not immune from the same unequal treatment due to their skin color when it comes to American law enforcement. They know that being wealthy does not shield them from racism. And after America's first black president was succeeded by a president who claimed his predecessor was not truly born in America, professional athletes found themselves questioning the advice they'd received from white conservative coaches and pastors: focus on the game, don't talk politics, BE SILENT. 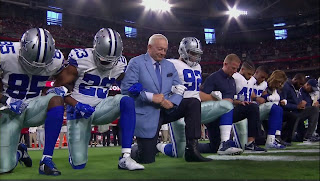 When outraged fans suggested protesting athletes should "shut up and stick to football," it came as no surprise to women across the country who have been silenced by American Christianity.

Get back in the kitchen. Stick to the style and cooking pages. You can lead the women's Bible study.

And yes, there have been highly publicized instances of African American professional athletes who have abused women - and gotten off scot free because of their celebrity. I would suggest that this is in support of - rather than detracting from - my original suggestion: that American Christian culture and big-money American sports have colluded to silence women and people of color. Black athletes do not go unpunished because of their race or athletic ability, but rather because they're - in a limited way - able to participate in the power structures put in place by white conservative Christianity and big-money athletics. Their defense lawyers typically come not from connections in the African American community, or from their families, but rather from the ownership and money structure of athletics, dominated by conservative, white Christian men.

No matter the victim, the message is the same: the same to Stephen Curry, who dared suggesting he wouldn't visit the White House in protest of President Trump's racist history, including suggestions that Neo-Nazis in Charlottesville, Va., were "very fine people."

The message is the same to NBA superstar LeBron James, who dares raise his voice against the white conservative culture that rules American big-money sports, as it is to Janay Rice, the girlfriend of NFL player Ray Rice, who was videotaped abusing her in an elevator.

The message is the same to women who report sexual assaults by football players on college campuses. 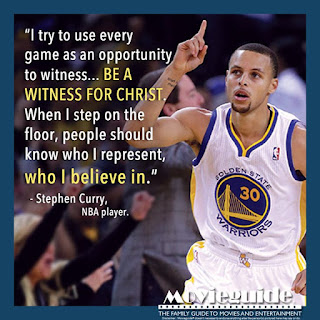 Yet there is another way.

A Savior who died so that all might have life, and have it abundantly.

A Savior who came "to bring good news to the poor ... release to the captives ... recovery of sight to the blind ... to let the oppressed go free."

A Savior who surrounded himself with female disciples, who revealed his resurrection first to women.

A Savior who dined with tax collectors and lepers, who overturned the tables of money changers in the temple.

This Savior Jesus is returning to America: challenging the white conservative culture that has for so long dominated American Christian public discourse.

This Savior Jesus is returning to reclaim a tradition borne in slavery, a reclaiming of the Gospel narrative by the African American church, a Reverend who had a dream for America.

Today's prophets just may be the women and people of color who will no longer remain silent.