The Truth about Debt

I want to make a confession this week.

I'm in debt. Major debt. I have student loans from seminary I'll be paying off for years. We have two car loans that are likely worth much more than the cars themselves, one of which incurred hail damage in New Mexico during a cross-country move, and one of which was hit in a no-fault accident during Los Angeles rush hour traffic.

We have a home loan, along with mortgage insurance, because we didn't meet the 20 percent down payment threshold that is crippling home buyers across America.

We owe money on credit cards, to Home Depot, to furniture stores -- most of which happened in the past couple of months due to said cross-country move.

Actually, debt has happened in a major way during all our moves. We're constantly digging our way out, cowering under the threat of financial catastrophe.

Few realities in my life are more shameful. 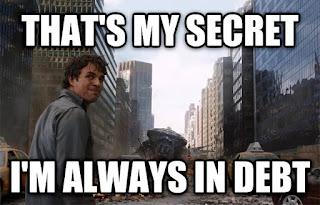 Last Saturday night, my husband Ben and I took time to take stock of our new budget - after moving and leaving my full-time pastoral call in Southern California.

"We left there because we couldn't afford it, and now we can't afford it here," Ben said, shaking his head.

Of course we can afford it. We'll change some spending and tap some new income sources and shift things around and stick to a budget. We are incredibly privileged to be able to make moves and sometimes mistakes and sometimes overspend and be able to recover from our financial sins without losing our home and our children, as many people experience when confronted by debt and poverty.

But as I stared at the balance sheet, I was overcome by a feeling of deep shame and inadequacy. Ever since freshman year of college, when I saved money by only signing up for 7 meals per week and subsisting on Special K for breakfast and lunch every day, I'd been trying my best to avoid the shadow of debt.

There is perhaps no greater sin in 2017 America than to be in debt, except to just be poor, period.

I thought about the financial prudence as well as missteps I'd encountered in my adult life. Public college, graduating early, living in an apartment with the refrigerator in the living room, selling my clothes, wearing winter gear my dad found at the Lost and Found in the community center where he worked.

Side note to an embarrassing story of trying to save money: I met up with a friend of mine from high school during a cold winter day. She noticed my mittens and said: "hey where did you get those?"

"Lost and found," I admitted.

"I think those are mine," she said.

Sure enough, they were. She'd left them there earlier that winter.

At the time, I didn't feel too ashamed. But as I get older I feel the double stigma and shame of possibly being poor or carrying too much debt. I am aware of how people see me. I spend more money on appearance, and as I move to wealthier enclaves in cities across America, I am uncomfortably aware of my genesis in a less-monied class.

I remember meeting up with some new friends in Southwest Florida, where I worked as a sportswriter in my early 20s. They were talking about their parents' various properties spread out across the country. I'd never even conceived of people owning more than one place, aside from maybe rustic family cabins that my friends' families had in Northern Minnesota. 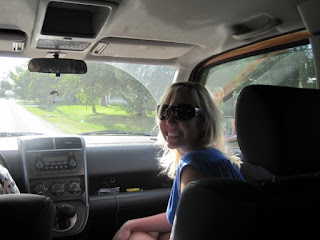 A picture of me when I lived in Naples, Fla.,
my first move to a place where people had much more money than I'd ever encountered before.

"Where do your parents have houses?" my friends asked me.

At that moment I wanted to get off the boat with my new friends and back into my Toyota Corolla.

Of course everything is relative. Compared to millions of Americans, the fact that my parents were homeowners at all placed me in a comparatively privileged class.

It's easy to lose perspective.

I remember the times I've judged people, wondering how they can afford designer bags or iPhones but live in subsidized housing. I remember the fleeting nature of financial choices. The pressure to appear "not poor," which feeds into inescapable debt. Interest charges, evictions.

Which is worse: to appear poor and be treated with contempt, or to lose your future to 2017's Scarlet Letter: a bad credit score?

There but for the grace of God go I.

This includes Christians and the church. Too many of us have demonized debt and even poverty.

A popular movement in the church today is moving toward Debt-Free Living, a concept popularized by Dave Ramsey, a Christian businessman and author who has monopolized the market on financial planning, especially for American Christians. 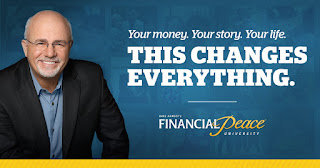 Ramsey's Financial Peace University attempts to move people to debt-free living, and if you google the term, you'll find this page, which lists seven characteristics of debt-free people.

These are moralistic terms. Ramsey has determined debtors are not victims but sinners, those whom Christian society must shun. For according to Ramsey, seven characteristics of people in debt are: foolish, insecure, impatient, aimless, materialistic, irresponsible and unwilling to make sacrifices.

But people in debt I know make sacrifices all the time. They get cosigners to try and get an apartment for their family. They work two jobs to climb out of debt and feed their family. They take on student loans to get an education because of their goals. They choose lower-paying careers because they are not materialistic. They take care of family members and help friends, sometimes falling behind on their own bills.

When Ramsey and other Christian leaders join American politicians and pundits in demonizing Americans who are in debt and in poverty, when they join the us-vs.-them narrative, they are feeding into a capitalist worldview rather than a Christian worldview. 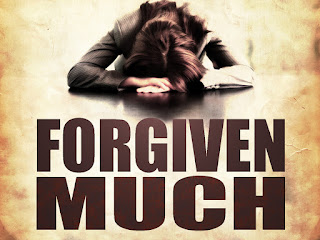 Christians, after all, are and always will be debtors.

When we believe ourselves to be debt-free, we forget forever the debt we owe to Jesus. We forget that all we have we owe to God, that nothing is ours in perpetuity except for our lives.

Jesus' words about treasure come during his Sermon on the Mount in Matthew 6, just six verses after Jesus teaches his followers to pray the Lord's Prayer.

Matthew's version uses the Greek word ὀφειλήματα: Forgive us our debts, as we also have forgiven our debtors.

Luke's version of the Lord's Prayer uses the Greek word for sins rather than debts, and likely Matthew was referring to debts in a moral way rather than a monetary way - but nonetheless Jesus chose to speak about sin as a form of debt, which should be forgiven. Jesus was following the Jewish tradition of a Jubilee year, when once every 50 years all debts were forgiven. As usual, though, Jesus is making the Jewish law more graceful, more forgiving.

A chapter later, in Luke 7, Jesus tells a parable about two people whose debts were canceled. He lifts up the woman who was in greater debt as the one who loves best: "Therefore, I tell you, her sins, which were many, have been forgiven; hence she has shown great love. But the one to whom little is forgiven, loves little," (Luke 7:47).

Again and again, Jesus is drawn to the poor and to the debtors. It is the unscrupulous moneylenders whom he most compels to repent. And he lifts up the power of forgiveness of debt to create great love.

What a different perspective from Dave Ramsey!

This week, following my new budget and feeling ashamed both for the debts I carry and for my lack of awareness of my relative privilege, I have also realized a newfound sense of acceptance.

I no longer strive for a debt-free existence, for this goal in itself is a new form of imprisonment. If I believe myself to be without debt, I will have made of myself my own god.

Instead I willingly accept my status as debtor, aware of the love I can never repay and which fills me with priceless joy. 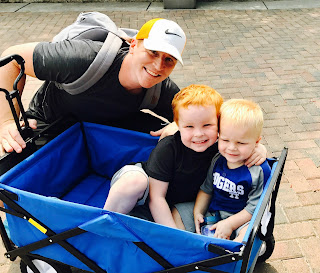 For their love I will always be a debtor to the God who gave us love.