This past weekend at the University of Virginia campus in Charlottesville, a rally of white nationalists and white supremacists turned deadly: Heather Heyer, a 32-year-old white woman from Charlottesville, was killed when a rallygoer floored his Dodge Charger into a group of counterprotesters.

Nineteen others were injured.

Later, two state troopers: 48-year-old Jay Cullen and 40-year-old Berke M.M. Bates died in a helicopter crash while monitoring the rally from above. 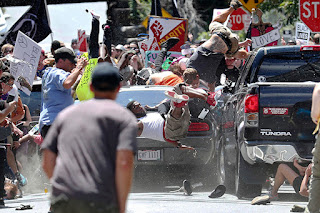 See here for a detailed timeline and synoposis.

What do white supremacists, Neo-Nazis, torches, hatred, violence and death have to do with "Good Christian Women?"

I've asked myself that question the past few days. Asked myself as President Trump flirted with moral relativism, blaming "many sides" for the bloodshed in Charlottesville.

Asked myself as I heard stories from friends who were there with the counterprotesters.

Asked myself as I walked my children to the neighborhood park Monday morning.

Asked myself as I stared at the picture of Heyer: my age, she could have been me. 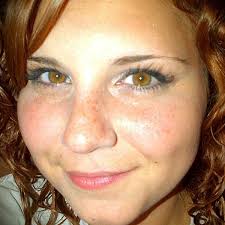 I thought about how the church has often quoted from Paul's first letter to the Corinthians: "Women should be silent in the churches. For they are not permitted to speak, but should be subordinate, as the law also says."

I didn't go to Charlottesville last weekend to protest white supremacists and hatred.
I didn't even go to the vigil down the street last Sunday night, instead putting my boys to bed and making a casserole that would last the week - and one for the freezer.
I didn't preach last Sunday; I'd barely been a witness at all, and perhaps like some of you I've felt paralyzed in the face of inexplicable hatred: white robes, torches, swastikas: horrors we'd once thought America had discarded to the ash heaps of history being lifted high by my fellow millennials.

I figured perhaps though I could start right where I was: the neighborhood playground.

Surrounded by moms, kids, dogs, nannies and camp counselors - my almost-2-year-old Josh enamored with sand and a bucket - I read.

I read a fascinating article from Johns Hopkins professor N.D.B. Connolly about the failures of liberalism in the face of racism and white supremacy.

This line stuck with me: "Liberalism's loftiest promise, in brief, has been the right to own and not be property."

We've done an excellent job teaching generations of Americans about property rights, even as a country which once counted human beings of African origin as property: or 3/5 of a person.

Where we've failed future Americans, and often our own children, is by failing to teach them the value of human rights.

We devalue the lives of people living in poverty as we deny access to quality healthcare based on ability to pay.

We allow discrimination and hatred, often writing off insults and abuse as "boys will be boys," or simply "just being honest," "speaking plainly."

What does this have to do with the playground?

As "Good Christian Women" - and "Good Christian Men" - I want to give us some tools to speak and act right where we are against the madness and dehumanization of hatred and white supremacy.

I notice, myself included, that playground parents are often quick to jump in when our children play with someone else's toys.

My family faces this dilemma a lot. My boys both love other kids' toys, and I add to the problem by never bringing toys to the park. I can barely remember diapers ...

But I've noticed that as parents we're super cognizant of how our children handle property. Sometimes another parent will say: "Oh, it's OK, he can play with it."

But we wait for that permission. Because the property rights are prominent. We never let our kids forget who owns the toy.

We're often more silent when it comes to issues of human rights.

Months ago, my husband took Jake (4) and Josh (1) to the park while a couple of other kids near their age were playing. Jake was newly moved from California and missing his friends. He walked right up to the boy: "Hey can I play with you?"

The boy responded coldly: "No, I am only here to play with my sister."

His mom, sitting a few feet away, smiled and giggled. Jake walked away sheepishly.

Just yesterday, Josh - who doesn't talk too much yet - walked up to a boy a couple of years older. The boy looked at me and said: "We are here with our friends. We don't like playing with other people."

His mom, sitting a few feet away, smiled slightly. I laughed uncomfortably.

In neither case did I or the other parent say a word. And it might seem incredibly petty or even stupid but I think sometimes it's on the playground where hatred takes ahold. Where exclusion and bullying and in-groups and out-groups are formed.

And hey, my boys have it made. They're white, their parents are married and own a home - they have all the privilege in the world and they'll survive if a couple of kids don't want to play with them.

But when as parents we allow our children to exclude others and form exclusive groups, we cause irreparable hatred. The same hatred that swells and grows and devours whatever is in its path. The same hatred that built concentration camps in Germany, internment camps in California, and work camps in North Korea. The same hatred that fills dark corners of social media and the Internet: picking one victim seemingly at random and other bystanders following in line, none thinking he or she is really to blame.

The same hatred that compelled seemingly ordinary men and women to don white robes or confederate flags and march in honor of slavery and Nazis in Charlottesville last weekend, while a nation willfully closed its eyes to stop from seeing the reopening of an ugly book we thought we'd nearly closed.

After all, Jesus did not come so that all might have stuff and have it abundantly.

He came so that all might have LIFE and have it abundantly.

The thief comes only to steal and kill and destroy. I came that they may have life, and have it abundantly. - John 10:10 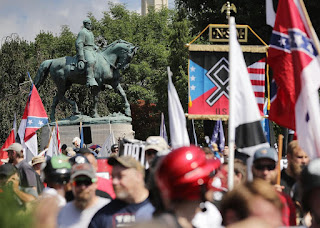 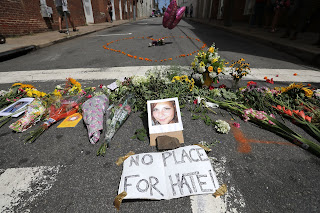