A Good Christian Woman is ... 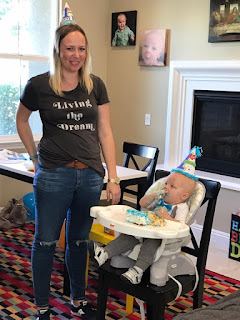 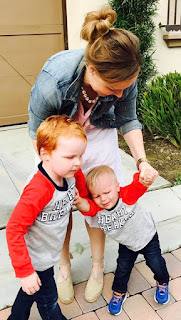 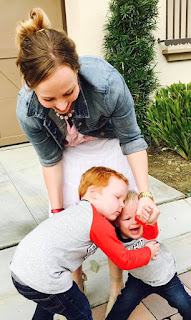 According to Google's top link when searching for "good christian woman":
(click here to read for reference)

1) Married
2) Defined by her Husband (remember, she's married)
3) White (see the images)
4) Young (see the images)
5) Defined by Men (a man wrote the article)
6) Modestly Dressed
7) Limited and under a Time Crunch ("you only get one chance in life to build a Godly marriage")
8) Not Ugly (when explaining why she must be truthful, the opposite of honest is described as "ugly")
9) Gentle
10) Quiet (clearly, she can't even write her own article)

1) Cleans the Home
2) Serves Others
3) Saves Money
4) Works Hard
5) Has a Good Reputation (much like the women of the Bible and companions of Jesus ... or wait!)

I don't know about you, but that seems like a lengthy - and quite frankly, boring - list. And given that some of the other top Google Image searches for "good christian woman" show a woman being beaten by a man, and another woman with duct tape over her mouth - well you'd think we'd rather give up the idea altogether.

Those who remain accept, sometimes cautiously, the roles set out for them in popular Christian culture: women, be silent!

A few courageous women witness in the name of Jesus.

Mostly though, women in the church hear this same message: Be Beautiful Be Fruitful Be Silent.

It is that silence that has crippled the American church.

That silence that saw an Evangelical movement known for its morality embrace a candidate for president who bragged about grabbing women in the "pussy" (his word, not mine).

That silence that enables a culture of sexual abuse within evangelical churches.

The need for women to speak up is not primarily a need within progressive Christian culture but within conservative evangelicalism itself. Evangelical Christian women are - I would argue - the most potentially powerful voices in our culture and in our churches today.

And here I must emphasize. We women must speak for each other and not tear each other down.

It begins, I believe, not with throwing out old cultural archetypes - not by iconoclasm - but instead by rewriting, redefining those archetypes with real women, rather than a man's idea of a "good Christian woman."

Progressive Christians have spent much time talking about freedom and liberation while ignoring the objectification and oppression of women in churches across the United States.

It's time to end the silence: as conservatives and liberals and those in between like me alike.

It's time to offer another perspective for all of you - all of us - wondering what it means to be a woman of God, to be a Christian woman. And we'd like to hear something besides the limiting, boring, and ungracious list above.

So maybe it starts here. Another option for being a Good Christian Woman without being defined by my beauty, my children, my husband or my race.

From a woman herself.

Hi, my name is Angela. I'm a Good Christian Woman.

Not that one. The one you're thinking about. The one you read about in the article from a conservative male pastor that said I dressed modestly and had a photo of a 16-year-old girl carrying books.

Not that one. The one who seemed so perfect yet lived behind a veil of secrecy and lies. Who hid beneath a perfect veneer she thought she had to create.

Not that one. The one who made you feel ashamed.

And as I was writing this I was thinking about all those good Christian women I know. Their hopes, their dreams. Their passion, their love. Their shortcomings, their humility, their humor, their brilliance.

When I say Not that One I'm not talking about you, or me, or about any real Christian woman.

That woman doesn't exist: she's an impossible, undesirable stereotype set up by men to keep us from threatening their role at the top of the ash heap of modern society.

Even those of us who do our best to meet the list of requirements above (I can play the Good Christian Woman game with the best of them - and most of my life looks pretty conservative and traditional: I've got the husband, the kids, the house, the camera-ready smiles) - we all fall short - not because we sin but because THAT'S NOT WHAT GOD INTENDS.

God didn't create you to live a life of competition: to be the best most silent most obedient wife you could be. To be always happy, always smiling, always patient, always kind, always quiet, always gentle.

God wants you to shine and sing and shout. God wants you to set the world on fire.
God's dream for you is the opposite of silence, just as Jesus chose to reveal himself first to the Woman at the Well so she could share the Gospel with the Samaritan people, and later Jesus first revealed his resurrected self to the women at the Tomb.

Women's silence threatens the church and the world.

Hide it under a bushel - NO
I'm gonna let it shine.

So I don't want to write this against Evangelical women - or men (!) except for against those who'd silence the powerful women in their midst.

I want to write this as one of you.

As a good Christian woman: created and loved by God beyond measure.

And I want to use this blog to talk about what it means - what it really means - to be a "good Christian woman" in 2017 America.

I want to have some fun.

We'll talk fashion: because Christian fashion is not all maxi skirts and crew-neck sweaters.

We'll talk current events and culture: gun violence, gay rights, abortion, immigration -> if it's in the news, we'll talk about it here.

We'll talk theology and Bible study. We won't shy away from the Bible passages that have been used for centuries to silence women. We'll analyze the Greek (I learned it in seminary) and we'll look at the historical context and we'll figure out what Paul meant and put it into context with what Jesus actually said and did when it came to women. We'll study Adam and Eve and creation and how a story that seemed to blame women for sin has suffered from historical revisionism and a culture designed to keep men in charge.

We'll hear from many voices throughout the church and the world: a variety of perspectives, including your own.

My name is Angela. I'm an ordained pastor in the Evangelical Lutheran Church in America. I've served two congregations, one a small church in the northeast Chicago suburb of Glenview, and one a large church in north Orange County, Calif. Before going to seminary, I worked as a sports writer and even got published in Sports Illustrated, in addition to covering hockey, the Super Bowl, MLB, NFL, college football and high school football.

I grew up in Minneapolis and currently live there again with my husband, Ben, an engineer, and our two boys Jacob (4.5) and Josh (1.5). I'm in between pastoral calls right now and working on some freelance writing projects as well as considering options at churches in the area. I'm also figuring out how I'm called to both work and be a mom, and figure out the rhythm that works best for our family.

I'm Lutheran but tend toward Evangelical-style preaching and worship, and my California church was a hybrid of both. As a sportswriter and in college I spent a lot of time at Evangelical and Southern Baptist churches.

I also call myself a Red Letter Christian and think it's important to interpret all Scripture - and all of life - through the life, death and resurrection of Jesus -- especially what Jesus said in the Bible.

I've spent plenty of my life worrying I don't measure up: as a girl, as a woman, as a writer, as a pastor, as a wife, as a mom (that one is a doozy). So I'm over it. I'm a good Christian woman because I love Jesus and I love people. You are, too -- and if you don't love Jesus, spend some time around here anyway and maybe you'll find out more about him. That's my hope.

May the Holy Spirit guide us. 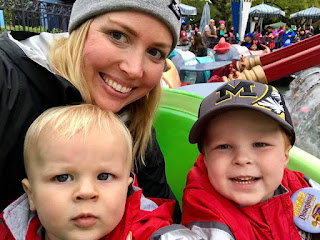