Saved by a Thigh

I'm writing you tonight in the space between.

The space between waiting for traffic to die down so I can drive across town to the pediatrician's office that stays open late - to take my 7-year-old son in for a quick strep throat scan before we head out of town tomorrow.

The space between work and vacation, between afternoon and dinner, between busyness and rest.

We have so little space between in America today, that we worry about who is crowding us out or taking our space from us. We worry about who might be winning while we are losing, without considering that maybe there might be enough room for everyone.

We have so little space.

The space between mixing one more protein shake, one more workout before donning a swimsuit in Florida in the middle of pale Minnesota winter. I slathered self-tanner on my thighs this week, thinking that maybe the darkness would hide the age and the Christmas cookies and New Year's champagne, and stress and work, and pregnancies years ago my skin remembered well.

In the space between this morning, between on time and late to the doctor appointment, I snatched the wrong bag off the counter, dashed out the door, locking it behind me, and ran along the newly frozen wet ground to the garage behind the house.

Nearly cresting the concrete block that led to the garage door, my boot slipped. Everything went too fast, and down I tumbled onto the ice. I didn't spill my protein shake, but I landed smack on my side - like an overturned beetle on its back.

I rolled around. I would live. I lurched myself up off the ground, grabbed the wrong bag again, and headed to the car.

I was bruised but not broken.

Later in the day, in the space between, I rolled down my pants to take a closer look at my upper thigh. It was swollen and black and blue, and it felt tender when I barely touched it.

I iced it later that day, while working and emailing and writing and updating websites and making calls.

I'd still like it to be stronger, leaner, less lumpy, less pale.

But I have to hand it to my thigh fat this morning, and to all the things I thought I once hated, in myself and in the world. Maybe we could save each other if we tried to close the space between. 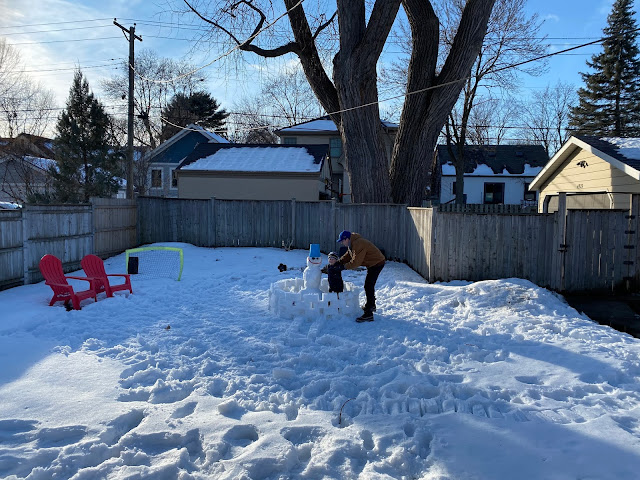