Ash Wednesday seems to come again each year as a sigh, a mixture of relief and exhaustion that the grimy days of winter and melting snow are here, and we will wear the dirt and ash on our very foreheads, marking us as sinners and survivors of another year.

Each year, I approach Ash Wednesday as I used to finish the formidable 400-meter dash, that I was forced to run a time or two in track & field, when my coaches figured out I wasn't quite fast enough to win the 100 or 200 reliably.

I only ran the 400 a few times. Mid-all-out sprint, my mind would take over at the end and I would feel the fatigue in my legs commanding me to slow down. Each time I ran it, I would be all petered out by the end of the race, and I'd end up lying in the grass next to the finish line, swearing never again to run so fast so far, while my distance runner friends snickered in the distance.

I preferred the lithe high jump, with its light, bouncy run up to the mat, or the stealthy long jump, which prioritized short track speed and accuracy. The 400 was guts-out, mental toughness, stamina, power, bone-crushing commitment.

So each Ash Wednesday, I find myself crashing into today as I once finished those races, all out of steam, exhausted, seeking renewal and hope and relief in the cool and sooty ashes that contain our death and resurrection.

I am convinced, this Ash Wednesday, that my exhaustion and fatigue is not merely personal but is a larger trend of American exhaustion and rootlessness. The ethos of America has long been that we must always be getting better, and better, and better. The economy must go on, no matter what stands in its way, whether that's coronavirus, or dying migrant children, or an ailing healthcare system, or families stretched to their max to pay rent and childcare and student loans.

Americans have long been faithful people: from the Puritans and Pilgrims to the Evangelicals and immigrant Catholics and protected minority communities of Jews, Muslims, Buddhists, Sikhs, and so on. We've long stood alone among wealthy nations for our fidelity to God, though religious adherence rates have been dropping for years now in America, and practical data like church attendance has plummeted in recent decades.

This Ash Wednesday, I'm struck that the longtime faithfulness of Americans has moved, in general, away from a benevolent God to a more secular power, fueled by interest rates and the stock market, and anti-aging and plant-based diets. Americans do not lack faith, but we've begun to put our faith in worldly goods and ideas that will ultimately leave us cold and alone.

In this moment of national uncertainty and polarization, in the face of a near-global pandemic, I'm drawn to the Hebrew Bible stories of Ezra and Nehemiah. Ezra was a scribe, commissioned by Persian King Artaxerxes to return with a group of Hebrew exiles to the promised land from Babylon; to reclaim and teach the laws of God. This directly followed the commission of Persian King Cyrus, who oversaw the rebuilding of the Hebrew Temple, and the return of 40,000 exiles to the holy city of Jerusalem.

Much as we are today, these ancient people of the Bible were facing ethnic, cultural, and religious upheaval. Some of the Bible's writing about these topics seems antiquated and out of step with today's sensibilities, and it probably is, like the fear surrounding mixed-ethnic marriages.

Nonetheless, Ezra, and the following chapter Nehemiah, named for a government functionary in the Court of Artaxerxes, offers important lessons for this Ash Wednesday in America.

Led first by Ezra and later by Nehemiah, the returning exiles engage in acts of national repentance. They tear their clothes and weep by the river. They apologize and seek forgiveness. They find strength in telling the truth about past misdeeds and leaving judgment to God. They are unafraid of apology, and the weakness it betrays, for in their weakness they give themselves over to God's strength.

One of Nehemiah's first acts as new governor of Jerusalem is to rebuild the city's walls, a contentious topic in today's Holy Land, where Palestinians in the West Bank are surrounded by walls and armed checkpoints, and violence between Israelis and Palestinians seems never-ending. And we have our own poisonous wall discourse in America, around immigration and Latinx immigrants.

I think, however, to focus on the building of the wall in Nehemiah is a misreading of the overall point of the text. Ancient cities needed walls for protection. An overriding message of these texts is the importance of separation, of the ways the Hebrew people needed to set themselves apart by their beliefs and practices and faithfulness, not by superficialities or relative wealth.

What I think is important to pay attention to, this Ash Wednesday in America, is the repetition of religious ritual and faithful acts of repentance that happen in both Ezra and Nehemiah, as the nation redefines and reasserts itself. The Hebrew people in these books do not neglect to mourn and to grieve at their past faithlessness. They stand and kneel before God in a recounting of their sins. Only after these rituals of repentance is their city again blessed, and then can the celebration begin.

They are unified by their fidelity to God, by their humility in the face of their sin, and by their willingness to apologize and repent. These acts signify the remnant of faithful ones, who had endured Exile and national defeat. They found unity in shared repentance. Might we do the same, and not hesitate to make reparations to God and to the ones we've wronged. Maybe then we will all find new strength and renewal in the grimy Lenten days ahead. 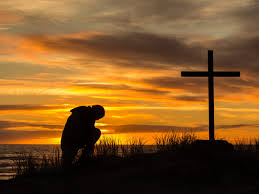