New Beginnings, Prophets, and the Complexity of Truth

This is the first edition of the blog coming to you from my new pastoral home at Grace Lutheran in Brownton, Minn.! 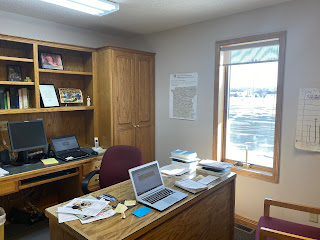 When I recently served as part-time teaching pastor at Easter Lutheran in Eagan, Minn., we had multiple church campuses, and sort of a rotating office arrangement - so I never took the time to unpack my office boxes from my previous call in Orange County, CA.

Yesterday in Brownton, I finally got the chance to open and unpack. What a gift to remember the cards, notes, and pictures drawn by Messiah preschoolers, friends, and family -- plus notes from St. Philip in Chicago -- and a board designed by my friend, Jen, and presented to me by Community - Vegas Pastor Mark Wickstrom at my ordination in Minneapolis at the church where I grew up.

I have to laugh a little when I look out my window here at my new office in Southwestern Minnesota. Rather than looking down on palm trees and SoCal suburbia and purple flowering plants, I now look out to crystal white snow and miles of prairie, with a little town in between.

As I sit here - trying to cobble together a blog while preparing for a confirmation service project, Sunday's kids' Christmas pageant, and a council meeting tonight -- I hear in the background the sputtering cries of a six-week-old baby girl, born to the church secretary. I got a chance to hold her earlier as one of my first official pastoral tasks.

This sweet little baby girl is just one of four babies born recently to my new congregation, located about 45 miles west of Minneapolis, in a corner of a rural America and to a small mainline church that conventional wisdom would have you believe is dying. Haven't you read the myriad of headlines made popular over the last decade or so, about the sure demise and death of the church, especially if it's rural and mainline?

The little baby girl's occasional whimpers remind me that it's our duty to hear one another, as fellow human beings. And as Christians, our duty is not only to listen but to love.

PROPHETS -- and the Complexity of Truth

With my new commute yesterday and today to Brownton, I've enjoyed a little time to be still and silent in the car. I'm sure I'll soon go back to listening to podcasts, but this week I've been listening to one song on repeat: Sister Sinead, written by country star Kris Kristoferson.

My friend Hugh Hollowell alerted me to this story about Kristoferson and Irish singer Sinead O'Connor in his excellent newsletter this week:

Back in 1992, Sinead O’Connor caused a sensation when, on Saturday Night Live, she tore up a picture of the Pope in protest of clergy sexual abuse. She was a young star on the way up, and it seriously set back her career, and cost her a lot of fans. This was more than a decade before the worst abuses of Roman Catholic clergy abuse would come to light. In retrospect, she wasn’t wrong, merely early.
Two weeks later, she was at Madison Square Garden, for a Bob Dylan tribute. She was introduced by Kris Kristoferson, who praised her integrity. The audience began booing her, and would not let up. She stood there, stone faced, as they booed her. Finally, she asked for the mic to be turned up, and she launched into an acapella recitation of War, by Bob Marley.
Over the haters, she near shouted into the mic:

Until the philosophy
Which hold one race superior and another
Inferior
Is finally
And permanently
Discredited
And abandoned
Everywhere is war
Me say war
And when she finished, she walked off the stage, giving them her back, as my Latina friends would say, and fell into Kris Kristoferson’s arms and sobbed.
It is one of my favorite images: a 25 year old woman, in front of a hostile audience, standing firm to her principles, refusing to be cowed. Afraid, but convicted. Not without fear, but standing up for what she believed in spite of that fear. Speaking truth, even though her voice shook.
We need more of that right now. The world is crumbling around us, and we need people willing to be early, willing to shout over the naysayers, willing to speak truth, even when their voice shakes.

Here is the video of that night in Madison Square Garden. And if you don’t have it in you to be Sinead O’Connor, at least be Kris Kristoferson, making space and amplifying those who are willing to stand down hatred in defense of truth.

So of course I had to find that video on Monday, when I got Hugh's newsletter -- and I watched it and found myself getting choked up while I browned ground beef in the instant pot.

I had told my mom about the video, and as I've modeled for her to do, she went ahead and googled the story and found out about a disconcerting response to the whole heart-warming story, from O'Connor herself (who has since changed her name to Magda Davitt, which she tweets under).

It turns out O'Connor had a more complicated relationship with Kristoferson than the video displays, and it also turns out that her story isn't an easy one. As the world felt emotional about her witness at Madison Square Garden 37 years ago, this week O'Connor was tweeting about her missing 14-year-old son, as well as finding a "good fake" gold hijab (she has converted to Islam).

We Americans don't like our inspirational stories to be messy. Recent years have led to the removal and changing of names of places named for leaders who've been discovered to be racist, anti-semitic, or otherwise intolerable in the past. As a Lutheran, I have to put my reverence for Luther's Works and his theology next to his abhorrent treatment against and polemics toward the Jewish people of his day.

I didn't like my inspirational story being complicated, either. A couple of weeks ago, I appeared on CNN to answer questions about the Christian Nationalism I found as a part of my research for my book, Red State Christians. The next day, Breitbart News picked up my 3-minute video and suggested I was somehow being traitorous to American Christians.

I could relate to O'Connor's fear in that video. The sense of regret and shame you feel after stepping out onto a ledge to tell your truth, even if you know it won't be popular or well-received.

I loved Hugh's words that we need people who are willing to be early -- wiling to speak truth into a void of mistrust and shouted lies.

I knew that, of course. I've long found a way to make even my truthful words palatable and acceptable. I've sought to listen first to others before I speak. I hate making anyone feel uncomfortable.

I knew what she meant, too, was that as a mom - she wanted me to be safe. She didn't want the message I had been given to overshadow me and my life and forever make it complicated and unsafe for me to exist in a word that's unfriendly to early prophets, even if they're right - as O'Connor was about exposing sexual abuse in the church.

Still, I kept listening to the words of Kristoferson’s song. I kept finding them meaningful, even if that simple story proved more complex than first blush.

I found myself thinking, today, as we march closer and closer to Christmas and to celebrating the birth of Jesus again - of John the Baptist, and the Old Testament prophets.

Of John the Baptist, Matthew wrote: "Now John wore clothing of camel's hair with a leather belt around his waist, and his food was locusts and wild honey."

Matthew is making sure his readers know that John is no ordinary guy. Maybe someone would sing about him, "Maybe he's crazy and maybe he ain't," as Kristoferson sang about O'Connor.

People on the margins, the ones who seem crazy or different or out of step with the rest of us -- they're often the early alerters, the canaries in the coal mine - who remind us of something that needs to change, a warning -- even when we'd rather look away. 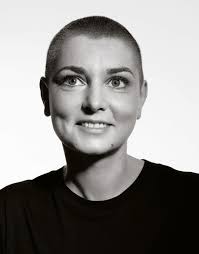 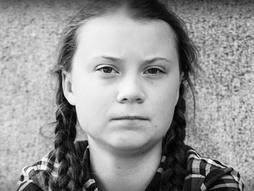 Many of us would rather not hear Thunberg's warnings about impending climate doom. We'd rather look away. So I notice adults making fun of how she looks or disdaining her message.

My mom's right. I'm not that extreme messenger who will step out into the void.

I try to be palatable. To listen. To speak so that people can hear.

But in my own role as writer, pastor, messenger - this week I'm challenged that to do so means lifting up the voices of the early adopters, even when it's inconvenient or complicated or painful.

Like Picasso and the Saints and the Prophets and yes, like the Savior who rode into Jerusalem on a donkey - some people said they were crazy. More likely, they spoke a message bigger than themselves that we all need to hear.