Dispatches from a Snow Day

The best part about snow is the silence, which would be a little more silent if I didn't have 6-year-old and 3-year-old boys romping through the house, throwing animal crackers and eating slices of deli ham out of the package in the living room. 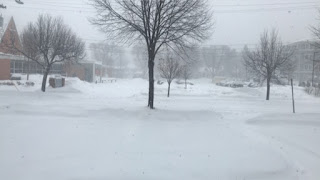 Still, sometimes, when Netflix cartoons are working and they agree upon a show, it's silent.

Rain makes a constant pattering noise that can be comforting, too, and even the roar of thunder and flash of lightning can cause you to pause, and remember that you are so, so much smaller than the world.

Still the snow offers a gentler reminder. I am quiet but I am powerful, it says. I can ACCUMULATE.

I am lucky today because I didn't have to drive in it. Snow is not so gentle when you're trying to stop on a sheet of uncovered ice.

My middle-aged, near retirement neighbor is out shoveling as the flurries drift across her face. She is, like many whose bones were grown here, made of strong and indomitable stuff, though she'd never brag about it, except maybe to a Californian.

The boys are still in their pajamas, and they haven't brushed their teeth. There is a chocolate Valentine heart on the floor in an art arrangement of toy cars and the bottoms of toy storage bins, which somehow always get dissembled and misshapen and hold little but themselves.

I'm trying to let more things go lately. You have to, whether you're a parent of little ones or just a human being. As you get older, your skin stretches more and your roof leaks and your flight gets delayed while you sit on the runway for 3 hours, and your parents get older and your car won't start and your boss schedules a big meeting, on a snow day with 2 feet of snow. So you trudge to work, letting go slowly at first then more quickly as you sip your coffee and blow into your scarf.

Maybe you've heard that if you Let Go then you Let God. I think I got a rubber bracelet that said so one time in church. I wonder what comes first, the letting go or the letting God. Sometimes I wonder if when we say it we're making people think that God is just sitting around, watching and waiting, for us to let go. Then, God will act.

It seems capricious, because God knows how hard it is to let go, and sometimes what makes it hard is our love. We don't want to let go, of dying loved ones, of memories, of relationships, of habits that no longer serve us well.

The truth is that the God I worship does not operate conditionally, springing into action only if I let go. At times when I cling so tightly, God is at work powerfully, under the surface, measuring my breaths, filling my lungs, holding onto me when I have to let go.

God's work does not depend on my letting go, but perhaps my work does. I have spent so many hours dissecting conversations and motives, wiping down counters and rearranging the pillows of my couch and my life.

Today, the umpteenth snow day in a winter full of inconvenience and broken plans, I had no choice but to let go. The Bible Studies I'd planned were canceled. My afternoon of writing in solitude was now broken by the "zoom zoom" of toy cars across the mantle and flopping hair and deliveries of half-eaten cookies and muffin and refilling glasses of milk. 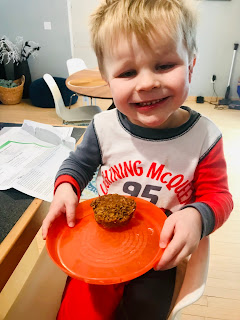 Sometimes I think we focus too much on the letting God and not enough on the seeing God; we're so convinced of our power and influence as human beings, and we're so desperate to evangelize, that we tell everyone and ourselves what we need to do so that God will save us, what we need to do to Let God save.

We construct church worlds out of straw men and flimsy procedures, carpet squares and stacking chairs and ceiling-hung speakers. We amplify the voices of those who are so confident they speak for God and that through their words will Let God sweep into action, that we ignore the voices who See God and tell us what God is already doing, how God is healing, how God is exposing, how God is bringing justice through the very ones we once thought would weaken the church and its witness: the female, the gay, the abused, the poor, the slow, the weak.

Seeing God in this life is fleeting, like the pick-up truck whizzing down my street in a blizzard, overconfident and unafraid. God is the silence left behind, the falling snow that looks like disruption and destruction but accumulates, someday melts, and turns into green new life. 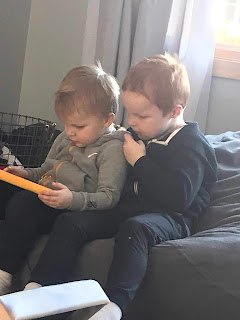