I was trying to figure out what to blog about today, the day after Christmas, when I realized suddenly that today would be the last blog of 2018. It has been a YEAR. Am I right?

When I first started this blog in August 2017, I had no idea what lay ahead. I had left my full-time pastoral call in Southern California to move back "home" to Minneapolis and pursue part-time pastoral work and part-time writing, all while trying to be a full-time parent and wife and at least part-time human being. Finding the right church proved tough, so my husband, Ben, encouraged me to start blogging again on a regular basis. I had no idea that just a month later I would be published in the Washington Post, appearing on national Canadian TV, and signing a book contract by the end of 2017. I also had no idea that the church where I had planned to work would end up not being the right fit, just about a year ago.

As I look back at 2018, I think of the research trips to Washington, D.C., Florida, Texas (3x!), Pennsylvania, Missouri, California and New Hampshire. I think of the people I met whose words shaped my life, and whose stories make up the heart of Red State Christians. I think too of the countless hours spent with Jacob and Josh, and watching Jacob walk into Kindergarten for the first time, and having Josh start and stop a new preschool, and seeing Ben flourish as an engineer and part-time contractor and landscaper (for our home, which was in need of a lot of work).

2018 was the year of Easter, figuratively and literally. I found new life in ministry as I took on a new part-time pastoral call as interim teaching pastor at Easter Lutheran Church. My original contract was only for three months, but almost 12 months later, I'm still at Easter and even got to preach three services for Christmas Eve at our Lake campus, which is right up my pastoral alley with band-led worship and basketball hoops in the ceiling.

As this wild year comes to a close, I look forward to my book being released in August 2019. Red State Christians is real! I'll be sharing more with you soon as we move from the muck of editing into the daylight of promotion. I also thought you might be interested in 2018's top three most-read blogs from this site.

Here they are, in order of popularity:

1) Highpoint Church: How you know Jesus has left your church

Almost 30,000 of you accessed this blog on this site (and many tens of thousands more when it was republished on Sojourners. Written in the height of the #MeToo and #ChurchToo movements, I was encouraged to see people wanting to listen to Christian women and the ways misogynistic theology has perverted the Gospel and enabled sexual abuse of women.

2) End the #BillyGrahamRule: Here's the men Christians should be following

In light of discussion about misogynistic evangelical theology, pastoral sexual misconduct, and resignations of prominent evangelical leaders due to sexual misconduct toward women - I took a positive tack at giving us all a glimpse of what positive and respectful male/female collegial relationships can look like in the church and in the workplace. More than 8,000 of you accessed this blog here, and many more on the other outlets who shared it.

3) Why in the world would anyone get ordained today?

I wrote this blog after my friend Heather's ordination, which gave me hope for the future of the church despite high-profile pastoral misconduct and the church's blindness about its mistreatment of women. I found hope in the children who led Heather's ordination. More than 6,000 of you accessed this post here, and more when it was republished on other websites.

At the end of 2018, I find that Christians and Americans in general feel tired. Politically it's been a wild year, and rumors of impeachment or obstruction or collusion or "fake news" can be exhausting. I think people are yearning for real connection to one another, to God; and I think people want to hear explicit truth without waffling. Telling the truth can be scary, but it's what I've always been compelled to do, both as a journalist and as a pastor. I promise to keep trying to do so, with a heavy dose of the Holy Spirit, in 2019 and as Red State Christians becomes a reality.

Merry Christmas to my readers who are fellow Jesus followers, and Happy New Year to you all. 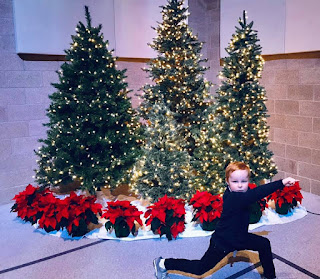 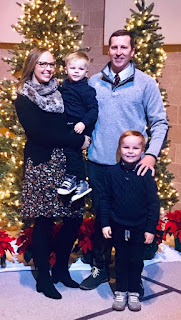 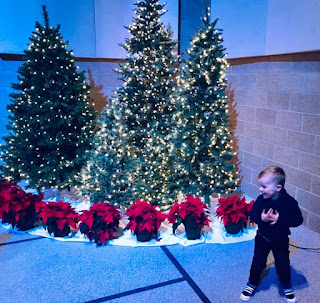 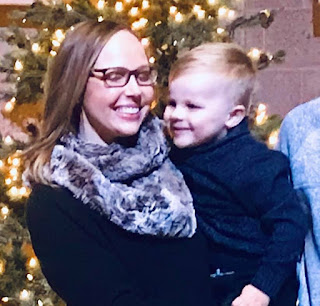