America and the Loss of Collective Memory

Memorial Day is coming. That spring holiday where we ostensibly honor fallen soldiers, in addition to barbecuing, sleeping in, and celebrating the fact that the snow has - finally - melted.

It seems lately all of these national holidays have gotten a little muddied. Memorial Day is supposed to honor soldiers who died at war, and yet it has somehow merged with Veteran's Day in a sort of "honor our troops" "Thank you for your service" conglomeration that bleeds into Fourth of July, Election Day and Thanksgiving. 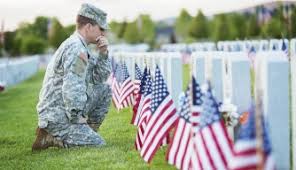 No one is quite sure what to do with Labor Day, except somehow spend it in denial of the fact that Summer is indeed, over.

My grandparents on my dad's side are both buried at our local military cemetery, Fort Snelling: next to the airport in St. Paul, Minn.

Neither of them died in battle, though my grandpa was severely injured during World War II in the Pacific, fighting as a Marine.

Like many Americans, I don't have any immediate family members who have died during military service to America. The burden of military service is today disproportionately borne by the few, and military spouses who manage deployments and - horrifyingly - the death of a spouse and mother or father of their children - deserve my great respect and honor.

Memorial Day was borne as Decoration Day, at a time when most Americans did have family members who had died during war, particularly during the Civil War. Some women began a traditional of decorating soldiers' graves during spring and early summer. Eventually, Memorial Day was officially declared in 1967: at the heart of another war that would cleave American souls. 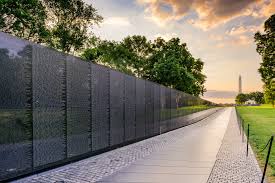 I'm preaching this Sunday for Memorial Day weekend (hopefully some people will hang around instead of heading up to the Lake), and in preparation for my sermon I've been studying the power of collective memory: shared stories told by a community that hold the community together in binds of love.

For Christians, collective memories held by the disciples, and other believers, of Jesus' life, death and resurrection created the Gospel books we read today in the Bible. As Christians celebrate Holy Communion in bread and wine, we collectively remember the night Jesus was betrayed and gathered with his disciples for the Last Supper - saying: "this is my body, given for you ... this is my blood, shed for you."

Collective memory began with the Hebrew people, and what Christians call the Old Testament. Remember the Sabbath Day and keep it holy is one of the 10 Commandments.

In Deuteronomy, as the 10 Commandments are recounted, the great She'ma of Chapter 6 begins with a command to Love the Lord your God with all your heart, soul and mind. The Hebrew people were told to recite these words to their children, to bind them as a sign on their hands, to fix them as an emblem on their foreheads, and write them on the doorposts of their houses and their gates.

Many modern-day Jews keep up this practice by affixing a mezuzah outside their door frames. 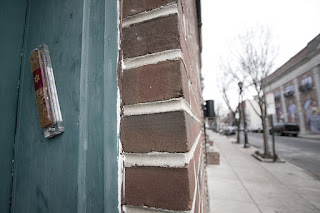 Modern-day Jews also share another powerful and horrifying collective memory. Remember the Holocaust. Remember the murder of 6 million Jews. So that it may never happen again.

Collective memory, even painful collective memory, can be a great force for binding together communities, faith groups, and even nations. Americans are bound together by many collective memories, even ones told to us over generations. The rising up of colonists in the Boston Tea Party, then the American Revolution - recently retold on Broadway in Hamilton.

Americans collectively remembered the power of America as a force for good against the evils of Nazism, fascist Italy and Imperial Japan in World War II: with images of American soldiers liberating concentration camps a source of great pride in American exceptionalism.

Americans collectively remember more recent wars as well, though the experience has been fractured since World War II. American soldiers sent to Vietnam, including my father-in-law, faced a climate of protest and anger upon their return. Many of the Vietnam veterans I worked with as a chaplain at the VA Medical Center in Minneapolis never recovered from the sense that many in their country had abandoned them.

Others, meanwhile, felt the shrinking sense of American pride as foreign conflicts (not declared wars) piled up in the Middle East and Central Asia. The collective memory of American pride has diminished as fewer and fewer Americans serve in the military, and fewer families understand the sacrifice of foreign wars and deployments.

I think this is a partial cause of our widening American division: this loss of collective memory as Americans. We have fewer shared memories to draw upon, and today even the glorious memory of the end of slavery in the Civil War has been fractured - as former Confederate states finally confront facing the sins of their slave-holding pasts, and destroying monuments to slaveholding Confederate generals who had long been a source of collective Southern pride.

My hope is that as these Southern states destroy the false collective memory of a glorious Confederacy, and confront the evils of slavery, they will be strengthened by a new collective memory of a new, multiracial American South - ready to finally rise from the ashes of the Civil War to repent for the sins of racism and slavery, and rise anew - together - as black and white Americans reconciled by the power of repentance. This repentance, of course, must be genuine - and must tell the truth about the evils of racism over generations in America. 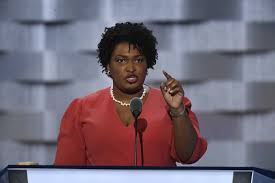 On this Memorial Day, Americans - and I'd say doubly, American Christians - have a new duty. World War II was almost 80 years ago. We cannot keep re-fighting the battles of the past, and we cannot truly honor our military's fallen this year without beginning to recreate and tend to the new collective memories of modern-day America.

On my mind this Memorial Day, in that vein, is rejecting the idea that a diverse America no longer has any shared narratives. My fellow millennials, what are our collective American memories that will sustain future generations, and overcome the "fake news" that we are fractured beyond repair and uninterested in building coalitions?