A Prayer for September 2017

Here we are again. Time for prayer. I'm attempting to squeeze it in this time while the kids are napping, instead of those rushed exhortations at red lights, when I'm staring at the afternoon sunlight streaming in through the cottonwoods next to the road and I remember: you are there in the madness. 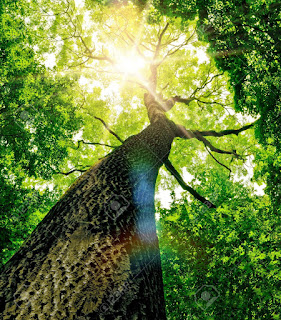 Are you glad we still count according to the time you came to save us? Even if we don't say the year of our Lord much anymore.

It's only Sept. 13 and already years have gone by. Was it only two weeks ago that we stood at the melting of the end of another summer, holding our breaths for the newness and autumn that lay ahead? 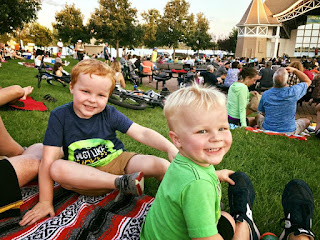 Lord Jesus as you once left your family to stay at the temple, awing the religious leaders and onlookers with your questions and your brilliance, schoolchildren in America left their parents this month, to go to school.

Jesus grant patience to the parents, grandparents and caregivers who wave goodbye to children at the bus and at the classroom. Grant them gratitude for the tiny lives they hold loosely in their hands. Grant them peace that while they say goodbye to these precious little ones, you walk with them - holding their hands. 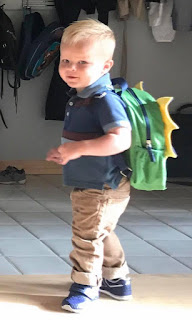 Jesus give peace and safety to our classrooms and playgrounds. Shun all weapons from school grounds.

Grant respect and kindness to teachers, staff and aides. Give them energy when they feel fatigued. Give them confidence where they doubt themselves. Give them kindness, a smile, a a brilliant response - when they feel most discouraged. Remind them that the test scores don't trump the work they do every single day. Give them encouragement from family, friends and students.

Lord Jesus protect college campuses. Make them open to all: safe harbors in a world of violence and despair. Provide assistance for those who cannot pay for school, for those who find themselves drowning in debt, or missing classes to work and care for family.

Protect all students from the well-trod path of addiction to drugs and alcohol.

May the church and its ministries to students be fed by you, Lord Jesus, and may these ministries be inclusive, welcoming, grace-filled, and centered on you. May they lift up diverse voices to speak and to preach. May they seek your continuing revelation as they study your Word.

God as students bravely carried backpacks to kindergarten for the first time, Floridians fled the terrifying path of Hurricane Irma. God we give you thanks for sparing Florida from what could have been even worse devastation. 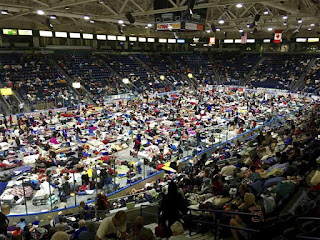 Thousands taking shelter in a hockey arena in SW Florida


God be present among those who lost their homes, who lost power, who lost hope, who lost safety - in the face of winds and flooding from Hurricane Irma.

Be with seniors and hospital patients who had to evacuate despite difficult health problems.
God give strength to caregivers, nurses, and doctors - who will be working hard and without all they need in the days ahead.

Lord be present in those places where Hurricane Irma struck at its most powerful force: the Caribbean Islands, and Everglades City, Fla. Bring provisions to rebuild. Empower governments to act and take care of their citizens. Make certain that the Americans in the U.S. Virgin Islands receive the same government assistance as Floridians and Texans. 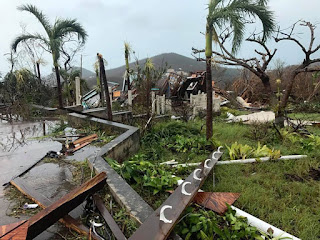 
God as America faces multiple natural disasters, may we each find it within ourselves to care for those near to us and far from us. God be with the firefighters in Montana and the Western United States, and assist in new policies that will help prevent the destruction of western lands due to fire. God continue to be present in Texas, as people continue to rebuild and regroup after the devastating flooding of Hurricane Harvey.

God as I see these disasters unfold, I can't help but notice the unequal burden placed on the most disadvantaged among us. Migrant workers in Immokalee, Fla., whose homes were destroyed -- despite less forceful weather than experienced in nearby Naples, home to multimillion dollar mansions and tens of thousands of snowbirds, most of whom were still in the Midwest. 
I see the elderly, children and immigrants struggling to survive.

I realize that I am shielded in this same way by relative wealth and privilege.

I pray that I might serve justice, even if in doing so I must convict myself.

Lord Jesus football season has begun. Football: the games that brought together friends and families across America, from high school to college to the NFL. Football: the sport that furthered my writing career and gave my cousin a college scholarship. Football the sport my dad played in college. Football: where I got my start covering games and hopping over fences in South Florida.


God we have come to learn that football too is not immune from the injustice of humanity.

God I repent that as a football fan I have furthered the consequences for those who play the game.

I pray for all players: young and old - who have suffered the devastating effects of CTE, of hits to the head, of changes in brain function caused by repeated concussions.

I pray for children just starting out, in pads and helmets, who might suffer these same effects.

I pray for parents, who aren't sure what to do when their kids want to play football.

I pray for coaches, who usually try their best to mentor their players and not hurt them.

I pray for players who know what they're risking, yet love the game and must continue to play for the opportunities ahead.

I pray for those already living with CTE, for their families, friends and children - for the unpredictability of what lies ahead.

I pray too God for the racial wounds present in football laid bare by Colin Kaepernick, Michael Bennett, and all those who kneel for the National Anthem. I pray that these racial wounds might be examined by all who follow the game, not quickly dismissing their protest as a few players or disrespect, but what it means for a sport mostly played by black Americans and mostly watched by white Americans.

I pray that black and white Americans can use football, and sports in general, to have hard conversations about race and progress - or lack thereof.

I pray God that we won't stop talking to one another.

This September, dear God of grace, the God who sent your Son to live and die so that all might have life, and have it abundantly, I ask that I will never stop talking to you. I ask to hear your voice as you have spoken to me so many times and granted me ears to hear. I ask that prayer might not be a throwaway phrase or harmless cliche, but that prayer might be powerful and life-changing - in the lives of people across America and the world, this September and the months to come.

In Jesus' name I pray,
AMEN