A Resume of all the things I Didn't Get

I made a new resume this week for the first time in several years. I got it on two pages: experience, education, skills, etc. The usual.

I thought about the Seinfeld episode where George says: "If you take everything I ever accomplished in my life and condense it down into one day, it looks decent!"

I shared my new resume with my husband, an engineer and resume-maker extraordinaire.

I was feeling gloomy. I'd been away from my call as a Pastor in California for about three months, and it had recently been my Ordination anniversary. I'd been enjoying writing and spending more time with my two little boys, and I'd been exploring various church opportunities - but nothing was quite fitting and the process could be frustrating and disheartening.

I thought back over my life, and all I could think about was how dang hard I'd tried throughout all of it. Over and over again putting myself out there for things -- and being rejected.

There was the time my senior year of high school when I announced in front of our whole class that I'd be attending Duke University. They even printed it in a scholarship bulletin. I had all the stats; I had pages of extracurriculars; I thought I'd be a shoo-in.

My naive world as I knew it came crashing down on April 1, 2003. Emailed decisions were a new innovation, and when I got the long-awaited email from Duke, I clicked the link.

My parents' dial-up internet took forever to load. But I saw the name of the page at the bottom: http://...DENY. I didn't even have to wait for our super-fast connection to load the letter.

I'd spent my entire high school dreaming of my dream college, doing everything I thought I needed to do to go there, and now I found myself chastened. Of course my eventual choice: to attend journalism school at the University of Missouri - with a nearly full tuition scholarship, was probably a much better and realistic choice anyway. Bonus: I got to meet the aforementioned amazing engineer husband there at age 19. 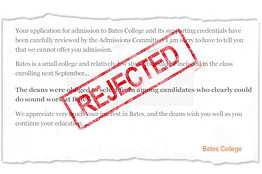 Still life continued on. I graduated college convinced I'd have a sportswriting job at a particular newspaper. I'd visited. I knew everyone I needed to know. I'd won awards in competition with their writers even when I was a student. So I graduated, moved to said city, and heard the day after graduation that the paper had gone on a hiring freeze. This was 2007, and recession was looming.

The two months that followed were a flurry of applications and searching - and being broke. I covered high school games across Kansas for paltry sums. I applied for waitressing jobs. I sulked. I nearly got a job in marketing at a waterpark engineering company. I nearly got a job in communications for a non-profit.

Then, out of the blue, my dad met an editor for Sports Illustrated in line with my brother in some random location. They told him about me, he gave my dad a business card, I took the card, emailed him with a pitch - and he wrote back saying: "I never do this, but we'd like to have you write for us!"

So in the midst of my Midwestern unemployment sloth and disappointment, I became a writer for Sports Illustrated. A week or so later, on Valentine's Day no less - deep into my first shift at a restaurant - I got a voicemail message from the Naples (FL) Daily News. They wanted to hire me as their hockey beat writer. They'd pay almost twice what I'd expected to make at the other paper. 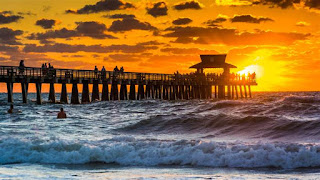 All those things I tried for and didn't get -- the embarrassment and dejection that naturally follows rejection ... I'd compound them in my head in the future and return to a sense of hopelessness much too quickly. Writing this, I realize how silly it all seems. Boo hoo, you didn't get into Duke. Boo hoo, you spent two months unemployed and didn't get a lot of jobs.

That wasn't how I framed it in my head though, and because I never really reframed the story of my life, I'd return again to rejection each time something went drastically different than I'd expected. I'd remember thinking that no boys ever asked me out in junior high. I'd remember being cut from the A traveling basketball team and being put on the sophomore team for basketball when I thought I'd make JV. I'd remember being left out by friends and having no one to sit with at lunch. I'd remember when elementary school classmates wrote rude things about me under the slide, and they convinced me to go read them at recess. I'd go back to that lonely place where I'd try so hard to be accepted, only to find out I'd been secretly made fun of the whole time. 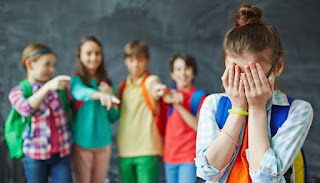 When I graduated from seminary, I again thought I had everything all lined up. I'd spoken to everyone I thought I needed to speak to, and I was convinced that I'd be assigned to get a pastoral call in Chicago, where my husband's company was transferring him that summer.

By now I was married with a 1-year-old son, deeply loved, a seminary degree and pastoral internship at an awesome church under my belt. Yet still deep within me dwelt an untrue story of rejection and failure.

I was tossed a curveball again when pastoral assignments came out. Instead of Chicago, I'd been placed into a rural synod in Minnesota, North Dakota, or South Dakota -- I never quite found out which. Due to my husband's job, we couldn't move any of these places, and I felt completely lost yet again. Had I wasted the last four years of my life?

I made the phone calls, again found myself going against the grain in a system that seemed designed for anyone but me. I never intended to be a thorn in someone's side, but that was the way it seemed I had to be. Again, two months later, the Chicago Synod called. They had an option available in a suburb of Chicago. Sure, the previous pastor had been removed for misconduct, been written up in the Chicago Sun Times, but it was Chicago, it was a church, and it was a job. I excitedly interviewed and was blessed to be voted in and ordained in August 2013.

Since then I've had one more pastoral call and one more baby. Not one more husband, thank goodness. And this week, trying to figure out the next step ahead with pastoring and writing and mothering and living - and paying bills - and following God - I found myself early on sinking into the despair that felt so comfortingly familiar.

"No one wants me," I complained to my husband, after finding out that an opportunity I'd thought was for me had actually already been filled. "No one likes me."

I always had this sneaking suspicion that while people usually liked and helped other people out, especially in the church, when it came to me I'd always eventually find out that - just like when I was a little kid - they were all secretly laughing behind my back. No resume of accomplishments, no love even from two adoring sons and one adoring husband, could change this internal narrative that lurked somewhere beneath the surface in the story of my life. 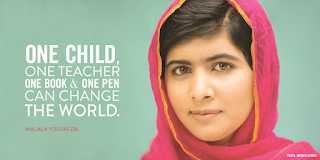 Malala Youfsavzai, a young girl who was shot by the Taliban when going to school, a reminder of how God transforms what humans intend for hatred and fear -
into love and strength, through Malala's own will, resilience and love

I thought about the times it seemed I had to buck the system, play catch-up, go against the grain, get up after being knocked down ...

All those times it wasn't being handed to me ... I was grabbing for it.

All those times I felt swept around by other peoples' ill motives, by the complete unfairness and injustice of the world -- I was taking care of myself.

Women -- Good Christian Women, especially -- we are socialized to take care of others. Sometimes we become so other-focused that we forget to realize the value of those times we took care of ourselves. And so I saw that in the story of my life, my 16+ page resume of all the things I tried for and didn't get - the constant thread was not the other people, the ones who didn't like me or didn't choose me - instead the constant thread was me. I took care of myself. I got up, did what I needed to do, and I kept pressing forward.

Rather than my failures and rejections being signs that God had left me, that God had lost faith - instead they were signs that God was right next to me, giving me the power to take care of myself. And putting people in my life at just the right moments: not the people with the power, not the admissions officers or hiring managers, but people nonetheless who reminded me that at its root, humanity is about sustaining life.

In 2008, filled with deep despair about a (temporary) break up with the boyfriend who is now my husband, I was on a plane ride alone sitting next to a middle-aged woman. Her name was Sharon, and I think she might have been an angel. She was a real estate agent from Ohio, and she talked to me about her faith and about her love for her family, and about her life and its twists and turns. For this self-confessed introvert, plane conversations can be cause for serious anxiety, but I was so depressed at this moment that I would have relished a house plant who wanted to talk to me.

Sharon did more than talk. She listened. She reminded me that the narrative I'd been telling myself about my life just wasn't true. People didn't secretly hate me. Sometimes, their secret was love.

Sharon and I became Facebook friends. I liked photos of her grandkids and she liked photos of my boys. For years she battled cancer, and she died a few months ago. I never saw her again after that plane ride, but the gift she gave me I'll never forget.

She reminded me that day, with her listening and her love, that we don't really see each other when we see each other. That we have to open our hearts to listen to each other's full stories, and we have to hear our own story with the same compassion we give to our loved ones. 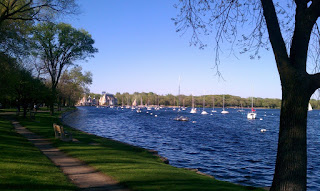 The place I love to run - and walk

When I go running I usually run pretty fast for three songs, and then I walk for a song. I love the walking part. The running part is just OK, though it does clear my head.

Often people see me running, and maybe they see me the way I see people running. I see them and I'm immediately guilty.

I should be running. She's so much more together than me.

But people don't see me walking.

Same thing in life. We often only show each other our running moments. We walk - we cry - we fail - in private. Of course if God kept his failure private, we'd have no Cross - and we'd have no reason to believe in Resurrection. 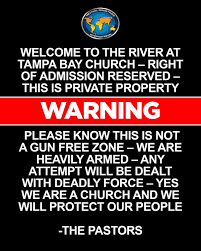